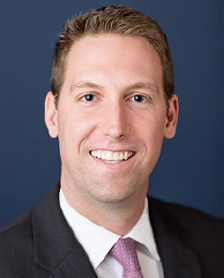 As a trial lawyer, Garrett represents real estate and construction companies in sensitive and complex litigation. He currently manages cases for some of the nation’s largest contractors in high-stakes matters. He has first-chair experience in high-profile, multi-week jury trials and arbitrations, such as conducting direct and cross examinations of witnesses, developing case themes, and drafting opening statements and closing arguments. He also has successfully resolved significant disputes prior to trial by leveraging his trial experience with Southern California’s leading mediators, as well as with the United States Attorney’s Office and the Orange County District Attorney. Finally, he has experience drafting complex, multi-issue briefs before the U.S. Court of Appeals for the Ninth Circuit.

During law school, Garrett served as the Senior Technical Editor of the Loyola of Los Angeles Law Review. He also served as a judicial extern to the Honorable R. Gary Klausner in the U.S. District Court for the Central District of California